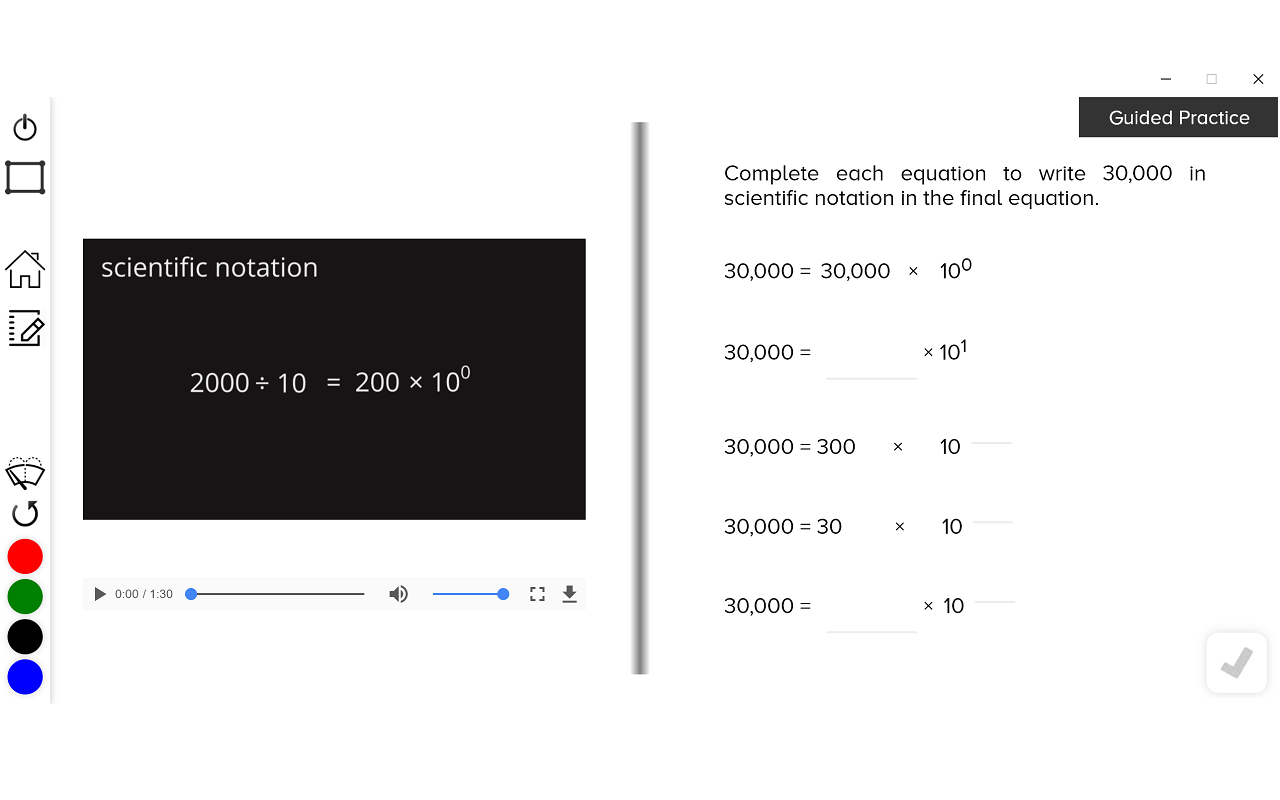 Finally, students learn a strategy for adding and subtracting numbers written in scientific notation. Students follow an example which demonstrates that rewriting the numbers so that both show the same exponent allows for adding or subtracting the whole numbers or decimals directly.

This video introduces students to scientific notation and shows students how, when starting with the original number n in the form n × 100, we can multiply or divide n by 10 and then add or subtract 1 from the exponent to keep the same value for the expression.