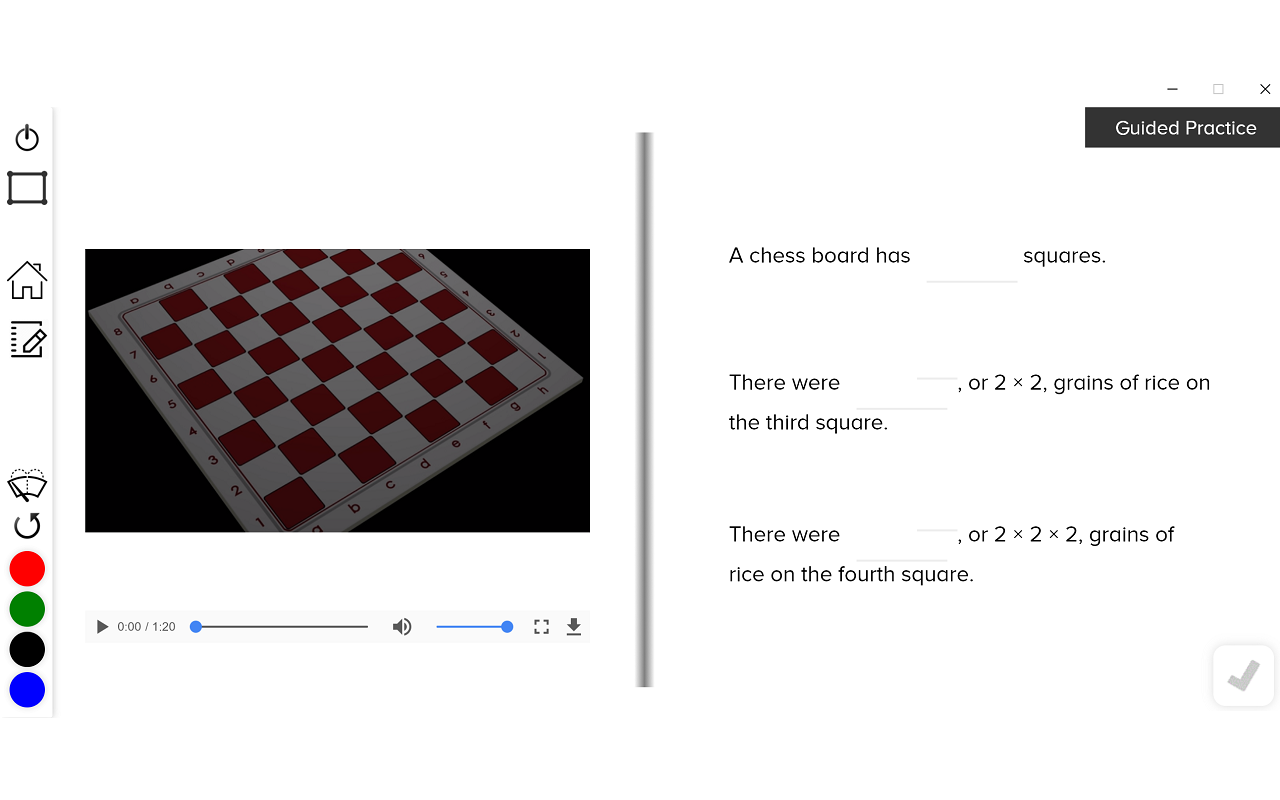 Students are introduced to powers and positive exponents as indicating the number of times the base is used as a factor in multiplication. Students then multiply with powers and divide with powers, learning the rules along the way. Special emphasis is placed on the idea that any number except for 0 to the zero power is equal to 1, and any power with an exponent of 1 is equal to the base.

Finally, students learn the Power to a Power Rule and apply it when multiplying and dividing with powers, both with positive and negative exponents. Special emphasis is placed, again, on powers with exponents of 0 and 1.

This video briefly introduces the meaning of powers with positive exponents—as indicating a multiplication expression with the base used as a factor the number of times given by the exponent. It doesn’t present the full solution, which is how many grains of rice are on the board in total. If students are up for the challenge, put the question to them. The total number of grains is equal to 18,446,744,073,709,551,615