In this lesson, students compare ratios using tables and in contexts. Students are encouraged to compare ratios by finding equivalent ratios, by reasoning about numerators and denominators, and also by finding ratios with numerators or denominators of 1. Questions related to this latter idea are previews of understanding unit rates and why unit rates are helpful when making comparisons. In Module 2, students work on decimal operation fluency.

In this video, we present a mathematical context for comparing ratios and one context in which ratio comparisons can be meaningful in the real world—when comparing the “crowdedness” of cities. This ratio is called population density.

In this video, we present a simple example of addition of decimals using the standard algorithm. The example shows estimation of the sum before the solution.

In this video, students are shown a technique for subtracting with decimals that are close to whole numbers—subtract both numbers by the amount required to get one of the decimals just below the whole number (so that it has a lot of 9s digits). 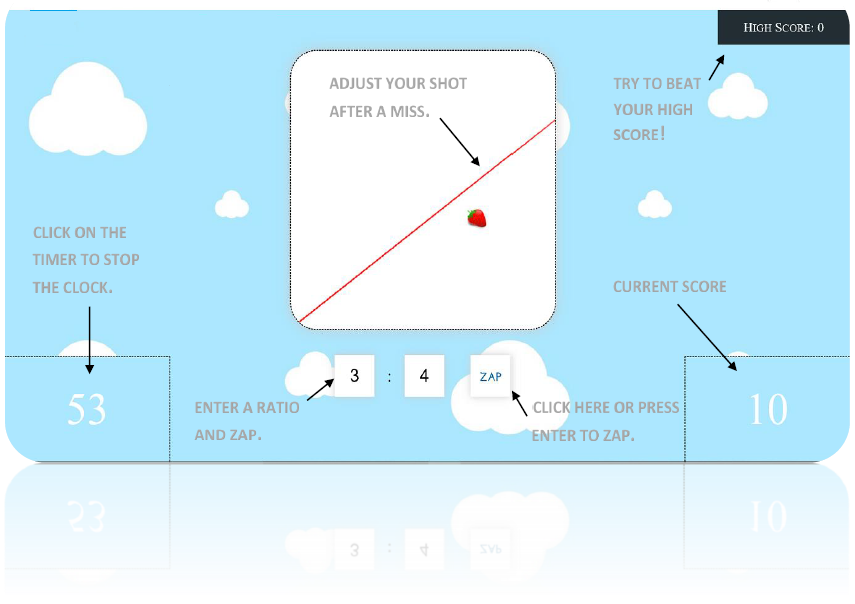 FrootShoot is a fluency and reasoning game designed specifically for students working on skills and concepts related to comparing ratios. Go here (link) to find the game.

How to Play: Type in numbers (one- or two-digit) in the boxes to form a ratio and then click ZAP to try to shoot the fruit. Adjust your shots based on the leftover laser streams. Try to get higher and higher scores before the time runs out!

This game provides a connection for students to plotting ratios on the coordinate plane as well as to understanding the slope ratio. Allow students time to play the game on their own (they can click to stop the clock if they would like to).