Pay attention to your thought process and how you use expert knowledge as you answer the question below. How do you think very young students would think about it? 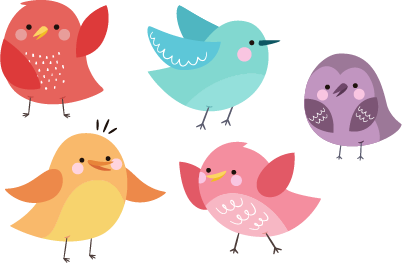 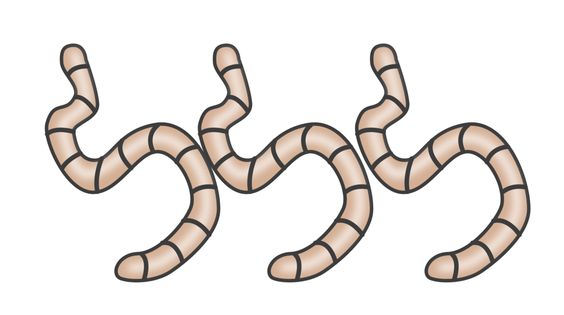 Hudson (1983) found that, among a small group of first-grade children (mean age of 7.0), just 64% completed this type of task correctly. However, when the task was rephrased as follows, all of the students answered correctly.

Here are some birds and here are some worms. Suppose the birds all race over, and each one tries to get a worm. Will every bird get a worm? How many birds won’t get a worm?

This is consistent with adults’ intuitions about the two tasks as well.

Still, what can we say about these results? Is it the case that 100% of the students used “their knowledge of correspondence to determine exact numerical differences between disjoint sets”? That is how Hudson describes students’ unanimous success in the second task. The idea seems to be that the knowledge exists; it’s just that a certain magical turn of phrase unlocks and releases this otherwise submerged expertise.

But that expert knowledge is given in the second task: “each one tries to get a worm.” The question paints the picture of one-to-one correspondence, and gives away the procedure to use to determine the difference. So, “their knowledge” is a bit of a stretch, and “used their knowledge” is even more of a stretch, since the task not only sets up a structure but animates its moving parts as well (“suppose the birds all race over”).

Further, questions about whether or not students are using knowledge they possess raise questions about whether or not students are, in fact, determining “exact numerical differences between disjoint sets.” On the contrary, it can be argued that students are simply watching almost all of a movie in their heads (a mental simulation)—a movie for which we have provided the screenplay—and then telling us how it ends (spoiler: 2 birds don’t get a worm). The deeper equivalence between the solution “2” and the response “2” to the question “How many birds won’t get a worm?” is evident only to a knowledgeable onlooker.

Hudson anticipates some of the skepticism on display above when he introduces the third and last experiment in the series.

It might be argued, success in the Won’t Get task does not require a deep level of mathematical understanding; the children could have obtained the exact numerical differences by mimicking by rote the actions described by the problem context . . . In order to determine more fully the level of children’s understanding of correspondences and numerical differences, a third experiment was carried out that permitted a detailed analysis of children’s strategies for establishing correspondences between disjoint sets.

The wording in the Numerical Differences task of this third experiment, however, did not change. The “won’t get” locutions were still used. Yet, in this experiment, when paying attention to students’ strategies, Hudson observed that most children did not mentally simulate in the way directly suggested by the wording (pairing up the items in a one-to-one correspondence).

This does not defeat the complaint above, though. The fact that a text does not effectively compel the use of a procedure does not mean that it is not the primary influence on correct answers. It still seems more likely than not that participants who failed the “how many more” task simply didn’t have stable, abstract, transferable notions about mathematical difference. And the reformulation represented by the “won’t get” task influenced students to provide a response that was correct.

But this was a correct response to a different question. As adults with expert knowledge, we see the logical and mathematical similarities between the “how many more” and “won’t get” situations, and, thus we are easily fooled into believing that applying skills and knowledge in one task is equivalent to doing so in the other.