Having just finished a post on eigenvalue decomposition, involving eigenvalues and eigenvectors, I was flipping through this nifty little textbook, where I saw a description of geometric reflections using eigenvectors, and I thought, “Oh my gosh, of course!”

We have seen reflections here, yet back then we had to find something called the foot of a point to figure out the reflection. But we can construct a reflection matrix (same as a scaling matrix) using only knowledge about eigenvectors.

Our eigenvector matrix will be \[\begin{bmatrix}\mathtt{\,\,\,\,2}&\mathtt{-1}\\\mathtt{-1}&\mathtt{-2}\end{bmatrix}\] Here we see the second eigenvector, but we can simply use the vector perpendicular to the first if we don’t know the second one.

The final matrix on the right side is the reflection matrix for reflections across the line represented by the vector \(\mathtt{\alpha(2, -1)}\), or essentially all lines with a slope of \(\mathtt{-\frac{1}{2}}\).

It’s worth playing around with building these matrices and using them to find reflections. A lot of what’s here is pretty obvious, but reflection matrices can come in handy in some non-obvious ways too. The perpendicular vector at the very least has to be on the same side of the line as the point you are reflecting. 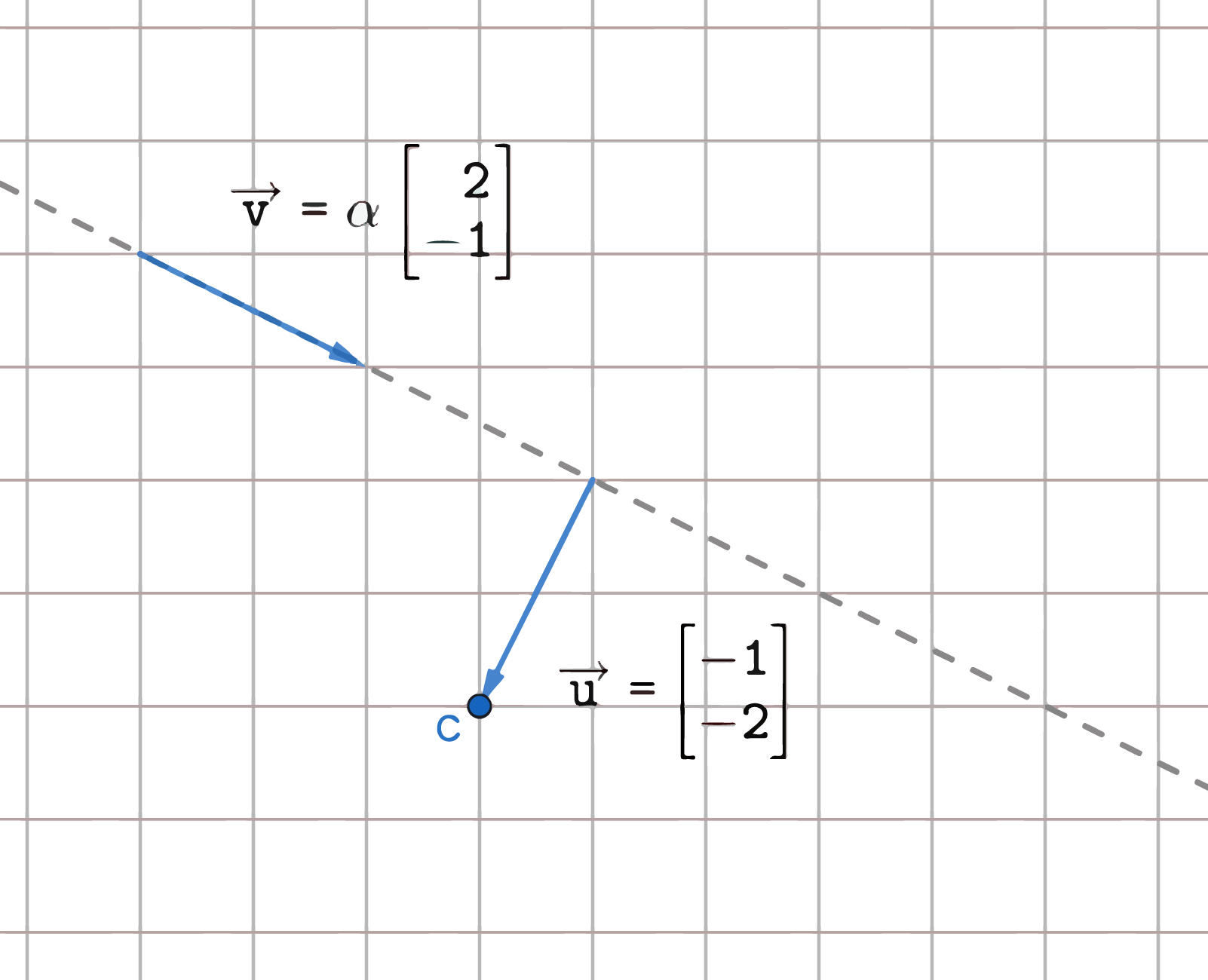