I was intrigued by a pedagogical insight offered by the example below, from the introductory class of a course called Computational Linear Algebra. The setup is that the graph (diagram) at the bottom of the image represents a Markov model, and it shows the probabilities of moving from one stage of a disease to another in a year.

So, if a patient is asymptomatic, there is a 7% (0.07) probability of moving from asymptomatic to symptomatic, a 90% chance of staying at asymptomatic (indicated by a curved arrow), and so on. This information is also encoded in the stochastic matrix shown.

Here’s the problem: Given a group of people: 85% are asymptomatic, 10% are symptomatic, 5% have AIDS, and of course 0% are deceased, what percent will be in each health state in a year? Putting yourself in the mind of a student right now, take a moment to try to answer the question and, importantly, reflect on your thinking at this stage, even if that thinking involves having no clue how to proceed. 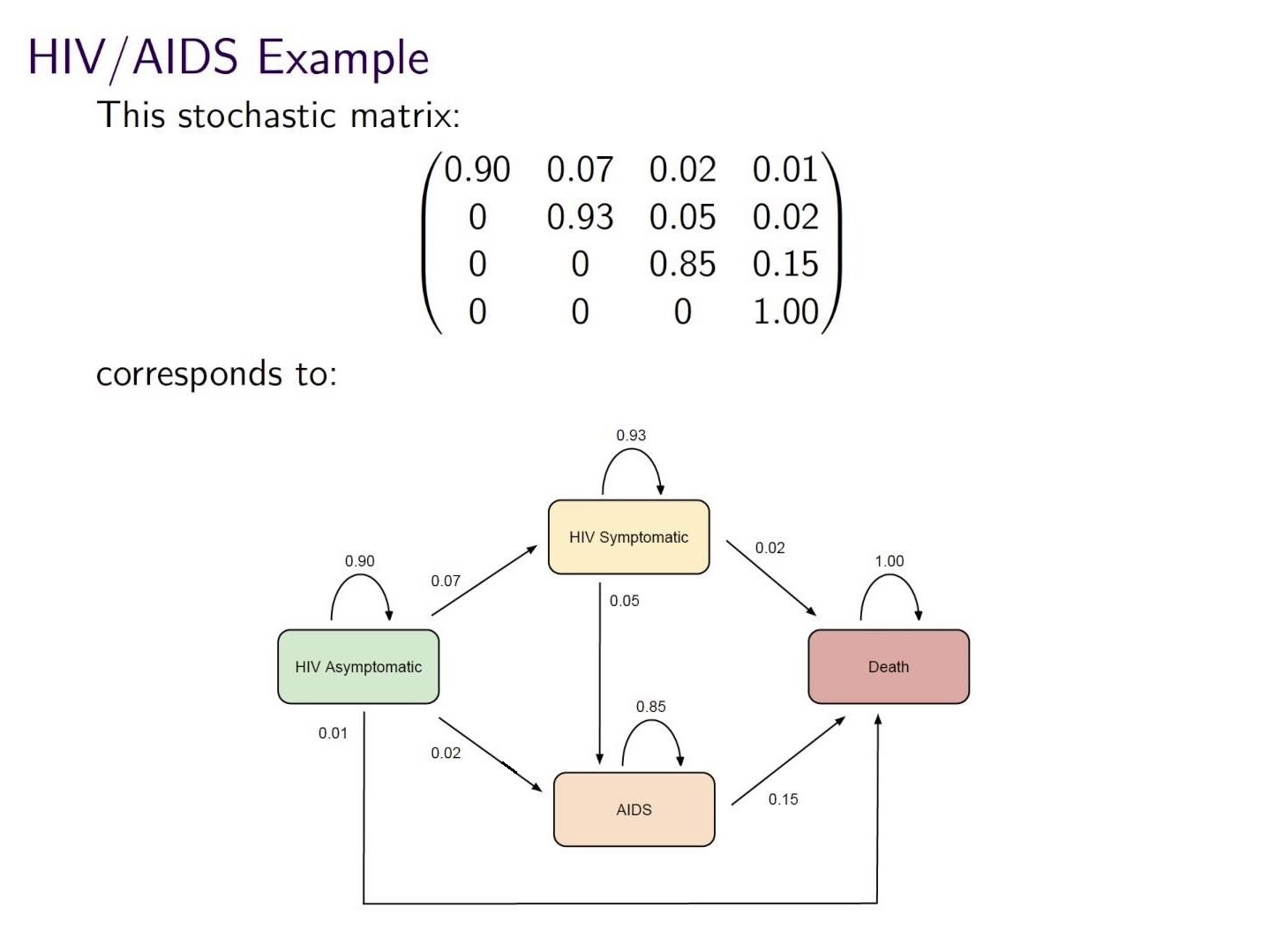 I hope that, given this setup, you’ll be somewhat surprised to learn the following: If a high school student (or even middle school student) knows a little bit about probability and how to multiply and add, they should be able to answer this question.

Probability, multiplication, and addition are all you need to know. No doubt, knowing something about matrix-vector multiplication, as we have discussed, (and transposes) can be helpful, but it does not seem to be necessary in this case.

I think it’s reasonable to suspect that many knowledgeable students—and knowledgeable adults—would be bamboozled by the highfalutin language here into believing that they cannot solve this problem, when in fact they can. If that’s true, then why is that the case?

Knowledge is domain specific, of course, (and very context specific) and that would seem to be the best explanation of students’ hypothesized difficulties. That is, given the cues (both verbal and visual) that this problem involves knowledge of linear algebra, Markov models, and/or stochastic matrices, anyone without that knowledge would naturally assume that they don’t have what is required to solve the problem and give up. And even if they suspected that some simple probability theory, multiplication, and addition were all that they needed, being bombarded by even a handful of foreign mathematical terms would greatly reduce their confidence in this suspicion.

Perhaps, then, the reason we are looking for—the reason students don’t believe they can solve problems when in fact they can—has to do with students’ attitudes, not their knowledge. And situations like these during instruction are enough to convince many that knowledge is overrated. The solution to this psychological reticence is, for many people, to encourage students to be fearless, to have problem-solving orientations and growth mindsets. After all, it’s clear that more knowledge would be helpful, but it’s not necessary in many cases. We’ll teach knowledge, sure, but we can do even better if we spend time encouraging soft skills along the way. Do we want students to give up every time they face a situation in life that they were not explicitly taught to deal with?

Knowledge Is Not Just Additive 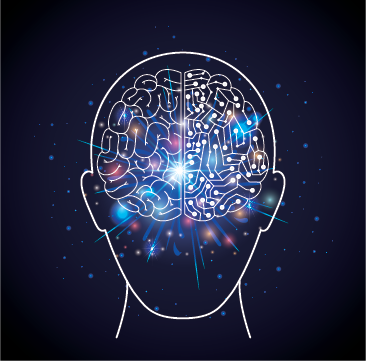 The problem with this view is that it construes knowledge as only additive. That is, it is thought, knowledge only works to give its owner things to think about and think with. So, in the above example, students already have all the knowledge things to work with: probability, multiplication, and addition. Anything else would only serve to bring in more things to think about, which would be superfluous.

But this isn’t the only way knowledge works. It can also be subtractive—that is, knowing something can tell you that it is irrelevant to the current problem. Not knowing it means that you can’t know about its relevance (and situations like the above will easily bias you to giving superficial information a high degree of relevance). So, students cannot know with high confidence that matrices are essentially irrelevant to the problem above if they don’t know what matrices are. But even knowing nothing about matrices, knowing that, computationally, linear algebra is fundamentally about multiplying and adding things may be enough. Taking that perspective can allow you to ignore the superficial setup of the problem. But that’s still knowledge.

A better interpretation of students’ difficulties with the above is that, in fact, they do need more knowledge to solve the problem. The knowledge they need is subtractive; it will help them ignore superficial irrelevant details to get at the marrow of the problem.

Knowledge is obviously additive, but it is much more subtly subtractive too, helping to clear away facts that are irrelevant to a given situation. Subtractive knowledge is like the myelinated sheaths around some nerve cells in the brain. It acts as an insulator for thinking—making it faster, more efficient, and, as we have seen, more effective.