When we converse with one another, we implicitly obey a principle of cooperation, according to language philosopher Paul Grice’s theory of conversational implicature.

This ‘cooperative principle’ has four maxims, which although stated as commands are intended to be descriptions of specific rules that we follow—and expect others will follow—in conversation:

I was drawn recently to these maxims (and to Grice’s theory) because they rather closely resemble four principles of instructional explanation that I have been toying with off and on for a long time now: precision, clarity, order, and cohesion.

In fact, there is a fairly snug one-to-one correspondence among our respective principles, a relationship which is encouraging to me precisely because it is coincidental. Here they are in an order corresponding to the above:

Both sets of principles likely seem dumbfoundingly obvious, but that’s the point. As principles (or maxims), they are footholds on the perimeters of complex ideas—in Grice’s case, the implicit contexts that make up the study of pragmatics; in my case (insert obligatory note that I am not comparing myself with Paul Grice), the explicit “texts” that comprise the content of our teaching and learning.

Frameworks like these can be more than just armchair abstractions; they are helpful scaffolds for thinking about the work we do. Understanding a topic up and down the curriculum, for example, can help us represent it more accurately in instruction. We can think about work in this area as related specifically to the precision principle and, in some sense, as separate from (though connected to) work in other areas, such as topic sequencing (order), explicitly building connections (cohesion), and motivation (clarity).

But principle frameworks can also lift us to some height above this work, where we can find new and useful perspectives. For instance, simply having these principles, plural, in front of us can help us see—I would like to persuade you to see—that “clarity,” or in Grice’s terminology, “relevance,” is the only one we really talk about anymore, and that this is bizarre given that it’s just one aspect of education. 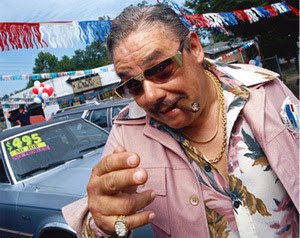 The work of negotiating the accuracy, sequencing, and connectedness of instruction drawn from our shared knowledge has been largely outsourced to publishers and technology startups and Federal agencies, and goes mostly unquestioned by the “delivery agents” in the system, whose role is one of a go-between, tasked with trying to sell a “product” in the classroom to student “customers.”