I really like this recent post, called Tell Me More, Tell Me More, by math teacher Dani Quinn. The content is an excellent analysis of expert blindness in math teaching. The form, though, is worth seeing as well—it is a traditional educational syllogism, which Quinn helpfully commandeers to arrive at a non-traditional conclusion, that instructional effects have instructional causes, on the right:

Problematically for education debates, each of these premises and conclusions taken individually are true. That is, they exist. At our (collective) weakest, we do sometimes spoon-feed kids procedures to get them through tests. We do cover only a narrow range of situations—what Engelmann refers to as the problem of stipulation. And we can be, regrettably in either case, systematically unassertive or overbearing.

Solving equations provides a nice example of the instructional effects of both spoon-feeding and stipulation. Remember how to solve equations? Inverse operations. That was the way to do equations. If you have something like \(\mathtt{2x + 5 = 15}\), the table shows how it goes.

That’s spoon-feeding and stipulation: do it this one way and do it over and over—and, crucially, doing that summarizes most of the instruction around solving equations.

Of course, the lack of prior knowledge exacerbates the negative instructional effects of stipulation and spoon-feeding. But we’ll set that aside for the moment.

The Connection Between Premises and Conclusion

The traditional and alternative arguments above are easily (and often) confused, though, until you include the premise that I have omitted in the middle for each. These help make sense of the conclusions derived in each argument.

In short, the argument on the left tends to diagnose pedagogical illnesses and their concomitant instructional effects as people problems; the alternative sees them as situation problems. The solutions generated by each argument are divergent in just this way: the traditional one looks to pull the levers that mostly benefit personal, internal attributes that contribute to learning; the alternative messes mostly with external inputs.

It’s Not the Spoon-Feeding, It’s What’s on the Spoon

I am and have always been more attracted to the alternative argument than the traditional one. Probably for a very simple reason: my role in education doesn’t involve pulling personal levers. Being close to the problem almost certainly changes your view of it—not necessarily for the better. But, roles aside, it’s also the case that the traditional view is simply more widespread, and informed by the positive version of what is called the Fundamental Attribution Error:

We are frequently blind to the power of situations. In a famous article, Stanford psychologist Lee Ross surveyed dozens of studies in psychology and noted that people have a systematic tendency to ignore the situational forces that shape other people’s behavior. He called this deep-rooted tendency the “Fundamental Attribution Error.” The error lies in our inclination to attribute people’s behavior to the way they are rather than to the situation they are in. 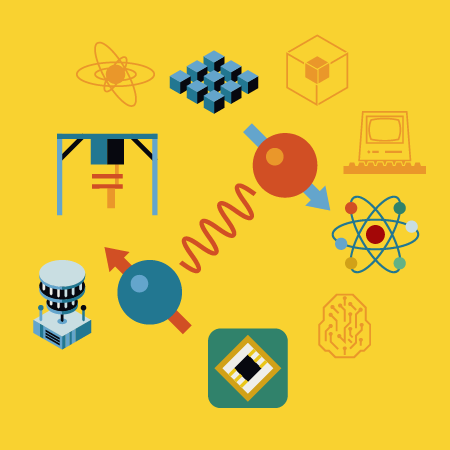 What you get with the traditional view is, to me, a kind of spooky action at a distance—a phrase attributed to Einstein, in remarks about the counterintuitive consequences of quantum physics. Adopting this view forces one to connect positive instructional effects (e.g., thinking flexibly when solving equations) with something internal, ethereal and often poorly defined, like creativity. We might as well attribute success to rabbit’s feet or lucky underwear or horoscopes!