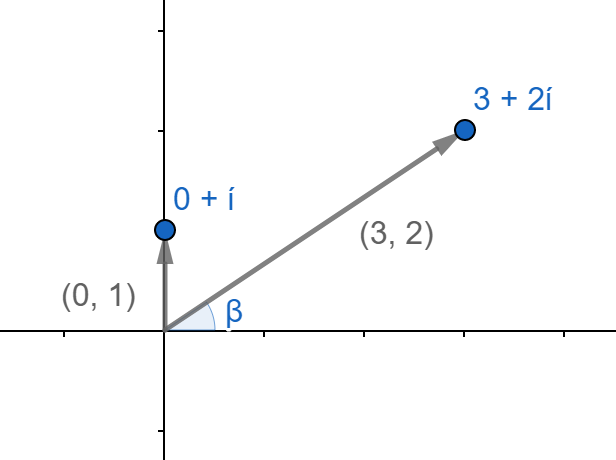 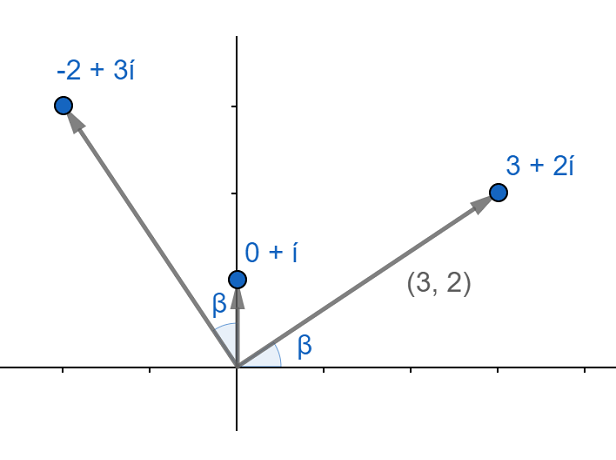 We’ll get the same result after changing the order of the factors too, of course, since complex multiplication is commutative, but now we have to say that \(\mathtt{0 + i}\) was not only rotated by β but scaled as well.

Multiplying Vectors in the Same Way

It seems that we can multiply vectors in the same way that you can multiply complex numbers, though I’m hard pressed to find a source which describes this possibility. 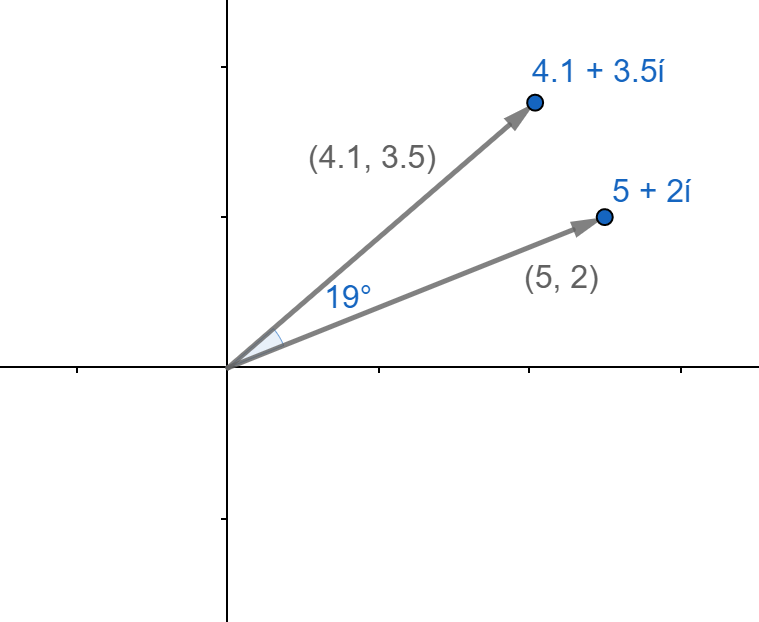 Seems like a perfectly satisfactory way of multiplying vectors to me. We have some issues with undefined values and generality, etc., but for chopping some things together, multiplying vectors in a crazy way seems easier to think about than hauling out full blown matrices to do the job.