Something that stands out in my mind as I have learned more linear algebra recently is how much more sane it feels to do a lot of forward thinking before getting into the backward “solving” thinking—to, for example, create a bunch of linear transformations and strengthen my ability to do stuff with the mathematics before throwing a wrench in the works and having me wonder what would happen if I didn’t know the starting vectors.

So, we’ll continue that forward thinking here by looking at the effect of combining transformations. Or, if we think about a 2 × 2 matrix as representing a linear transformation, then we’ll look at combining matrices. 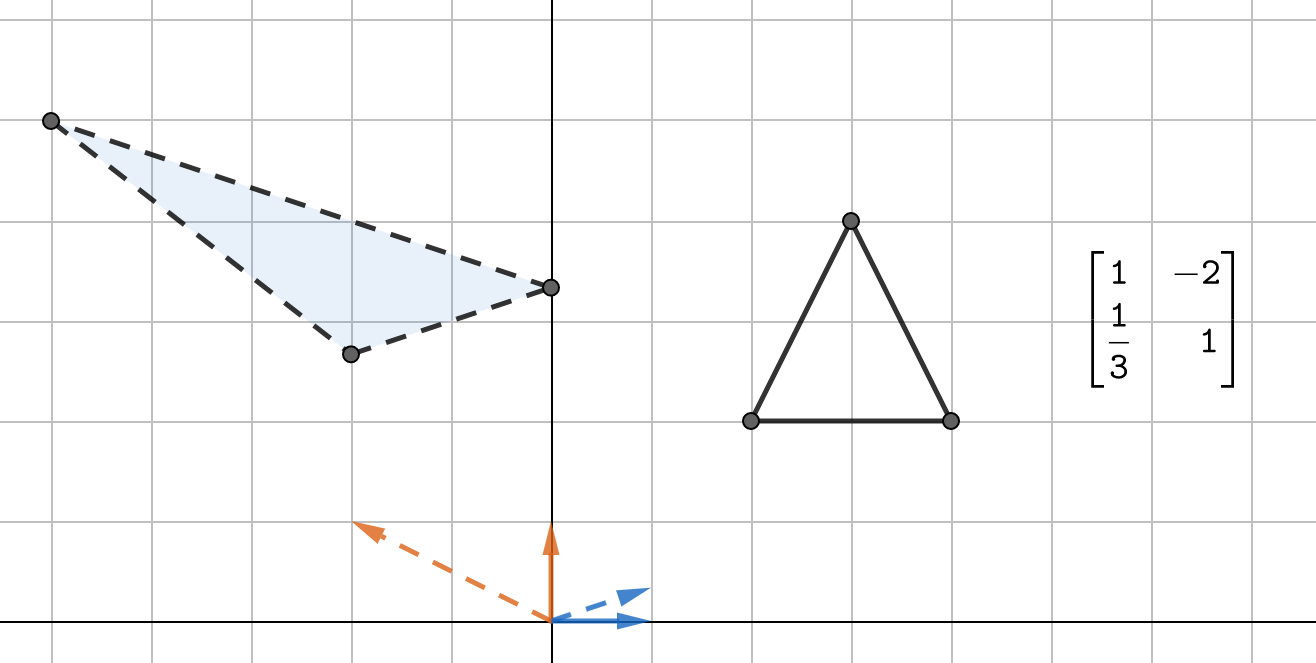 You should be able to check that, yes indeed, the last matrix takes the original triangle to the purple triangle. You should also be able to test that reversing the order of the multiplication of the two matrices changes the answer completely, so matrix multiplication is not commutative. Notice also that the determinant is approximately \(\mathtt{-0.8333…}\). This tells us that the area of the new triangle is 5 sixths that of the original. And the negative indicates the reflection the triangle underwent. The determinant of the first matrix is –0.5, and that of the second is 5 thirds. Multiply those together and you get the determinant of the combined transformations matrix.