So, we did rotations with matrices. Now what about reflections? The basic reflections—of the identity matrix, say—aren’t worth mentioning at the moment. The more puzzling reflections—those about a line that is not horizontal or vertical—are worth looking at. 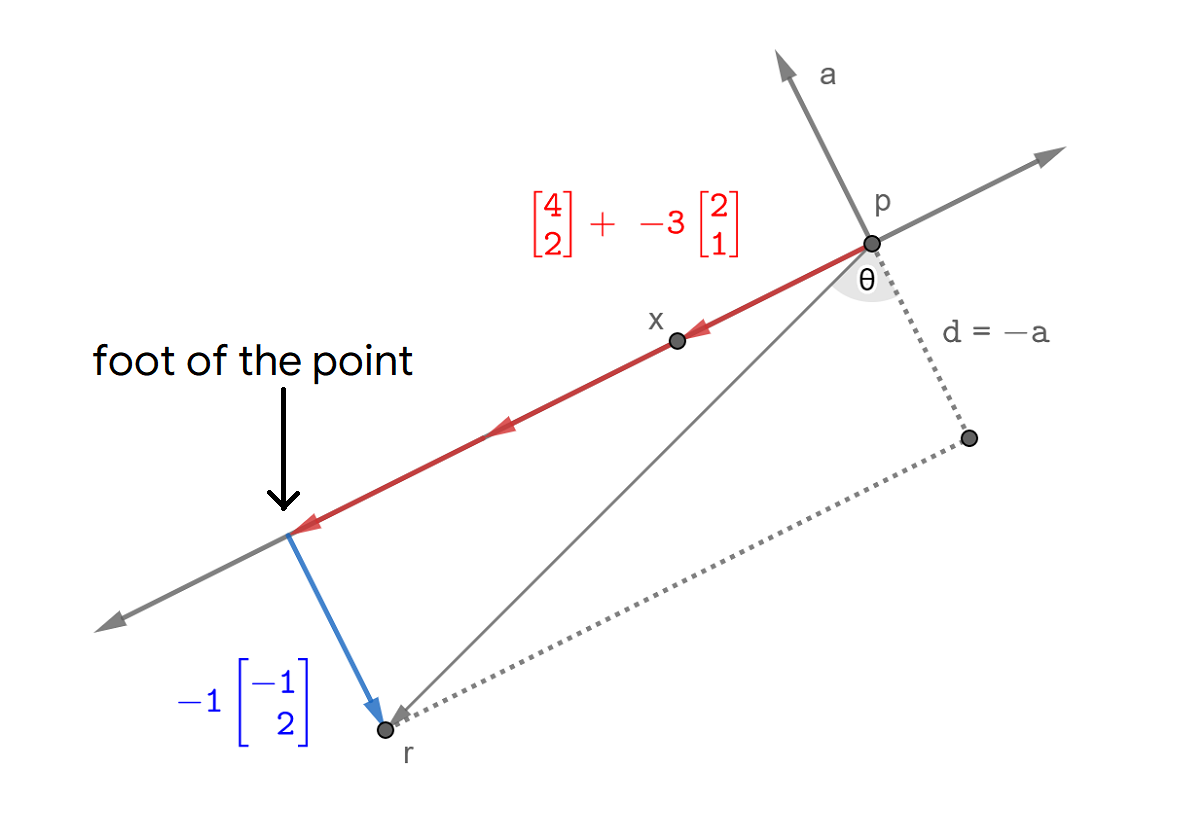 The more complicated way, though, to do this we’ll save for another time. The simpler way involves something called the foot of the point. Back when we were working out the distance of a point to a line, naturally we were thinking about the perpendicular distance of that point from the line. And where that perpendicular distance to the point intersects the line is called the foot of the point.

This point is also the perpendicular bisector of \(\mathtt{\overline{rr’}}\), or the line segment connecting the point \(\mathtt{r}\) with its reflection across the line. So, if we can get the foot of the point we are reflecting, we can get the reflected point.

Determining the Foot of the Point 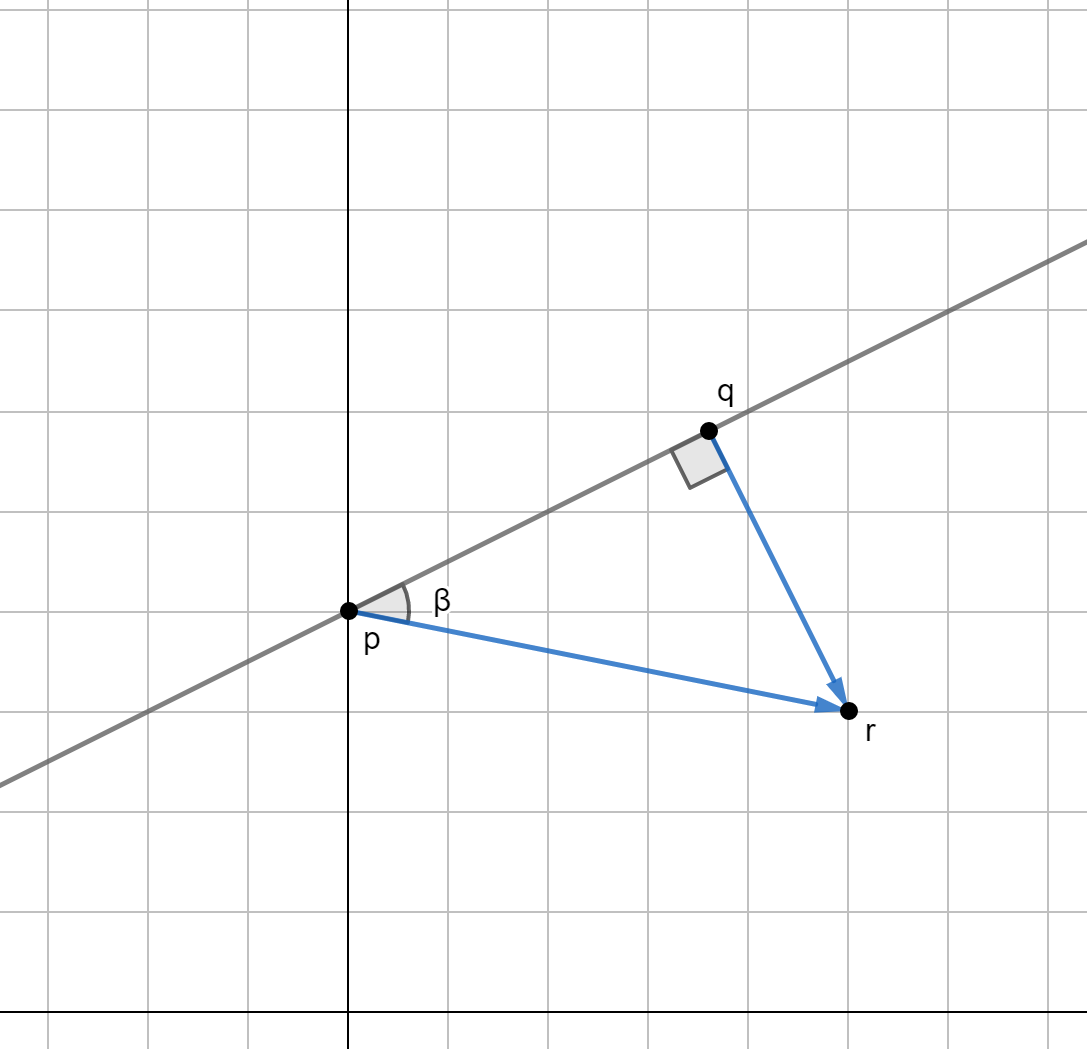 Let’s start with a different diagram. The line shown here can be represented by the following vector equation: \[\mathtt{p +\, α}\begin{bmatrix}\mathtt{2}\\\mathtt{1}\end{bmatrix}\] What is the ordered pair for point r’, the reflection of point r across the line?

The Midpoint and the Reflection 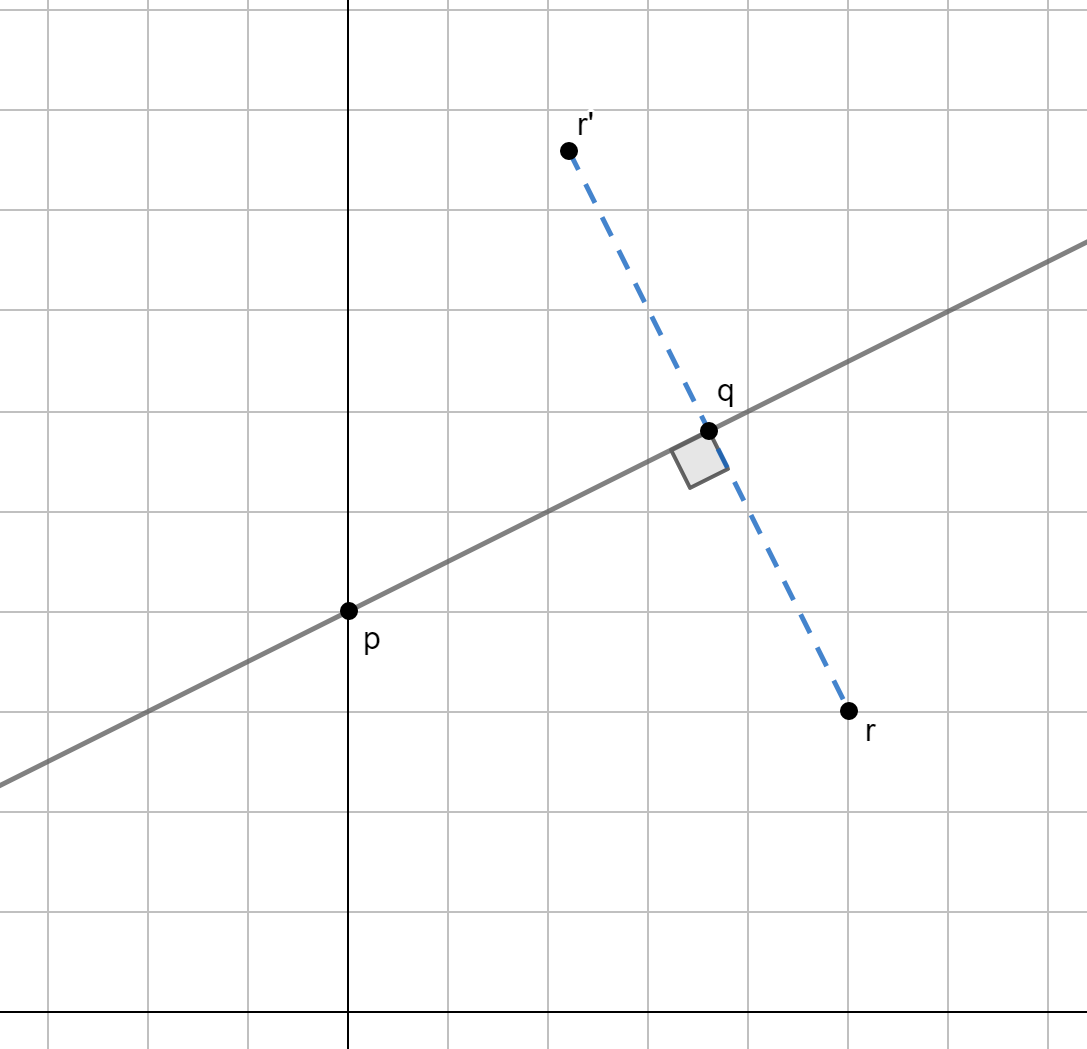 Now that we have found the location of point q, we can treat it as the midpoint of \(\mathtt{\overline{rr’}}\), or the line segment connecting the point \(\mathtt{r}\) with its reflection across the line.

I have to say, this makes reflections seem like a lot of work anyway.