I want to get to moving stuff around using vectors and matrices, but I’ll stop for a second and touch on the determinant, since linear algebra seems to think it’s important. And, to be honest, it is kind of interesting.

The determinant is the area of the parallelogram created by two vectors. Two vectors will always create a parallelogram like the one shown below, unless they are just scaled versions of each other—but we’ll get to that. 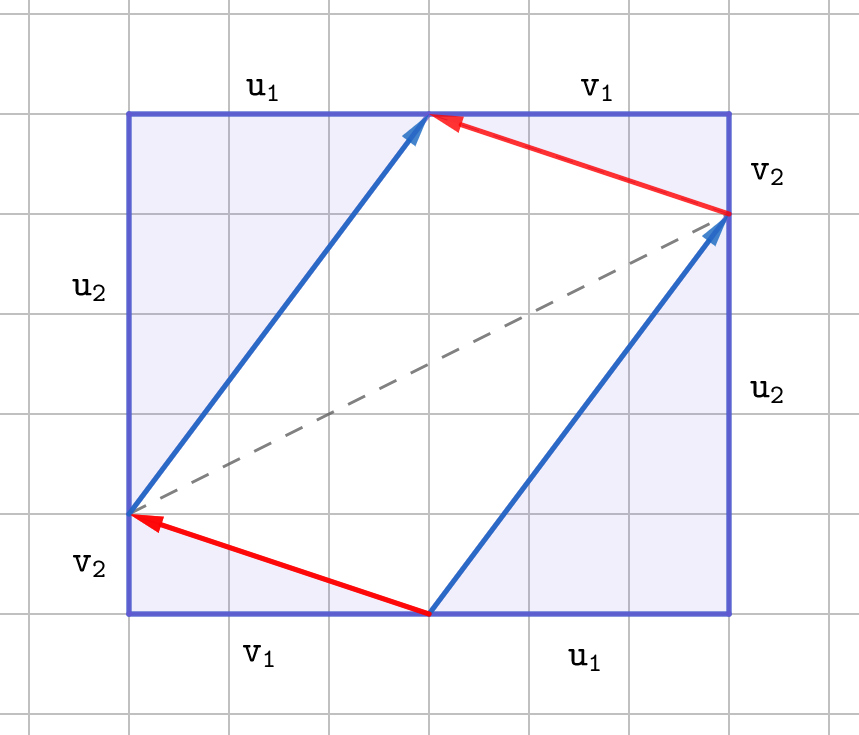 We can determine the area of the parallelogram by first determining the area of the large rectangle and then subtracting the triangle areas. Note, by the way, that there are two pairs of two congruent triangles.

So, the area of the large rectangle is \(\mathtt{(u_1 + -v_1)(u_2 + v_2)}\). The negative is interesting. We need it because we want to use positive values when calculating the area of the rectangle. If you play around with different pairs of vectors and different rectangles, you will notice that one of the vector components will always have to be negative in the area calculation, if a parallelogram is formed.