I‘d almost always prefer to solve a problem using what I already know—if that can be done—than learning something I don’t know in order to solve the problem. After that, I’m happy to see how the new learning relates to what I already know. That’s what I’ll do here. There is a way to use the dot product efficiently to determine the distance of a point to a line, but we already know enough to get at it another way, so let’s start there. 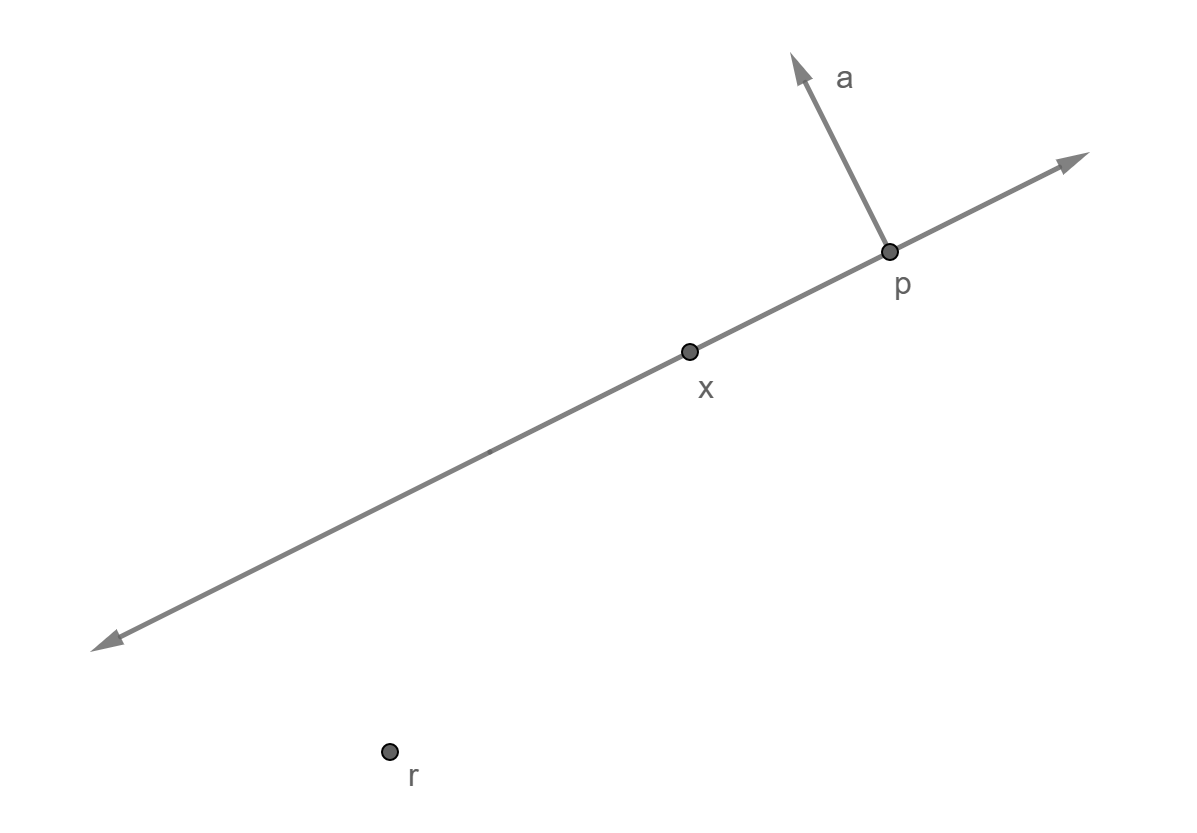 Can We Get to the Dot Product? 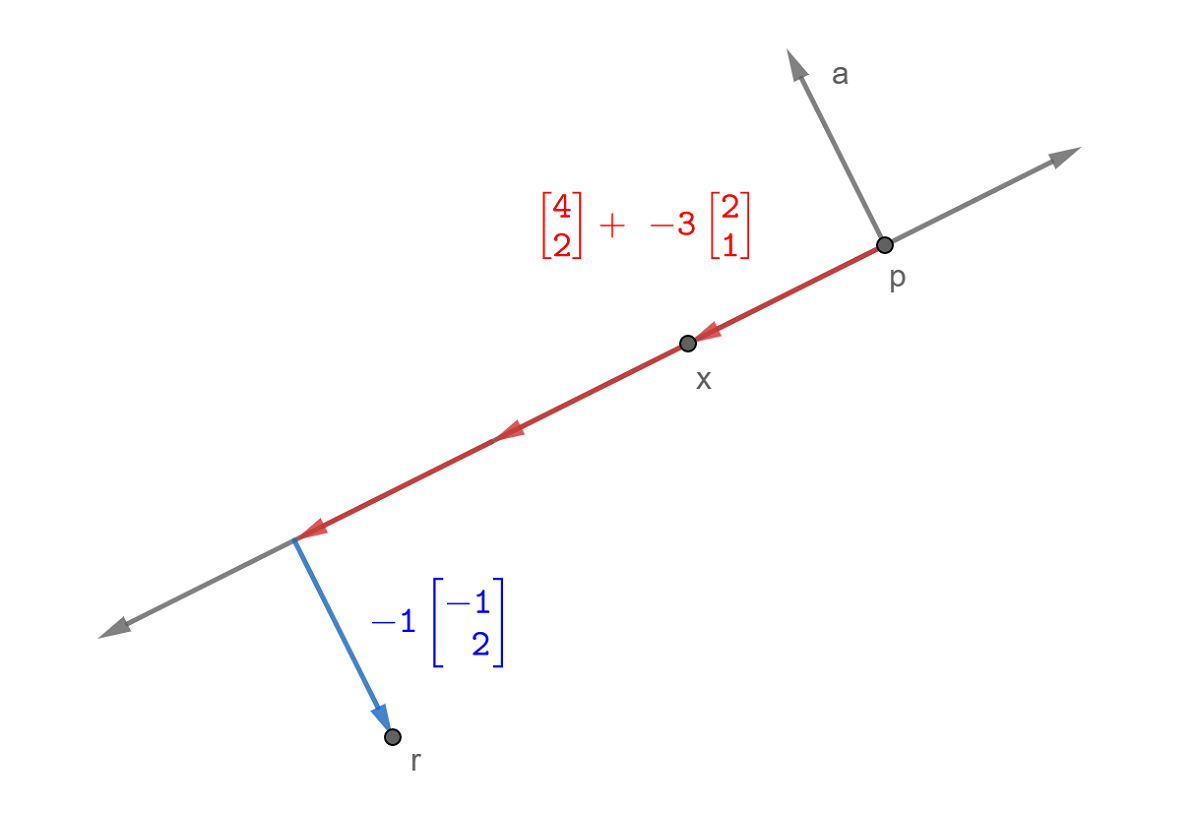 We can then use this diagram to at least show how the dot product gets us there. We modify it a little to include the parts we will need and talk about. 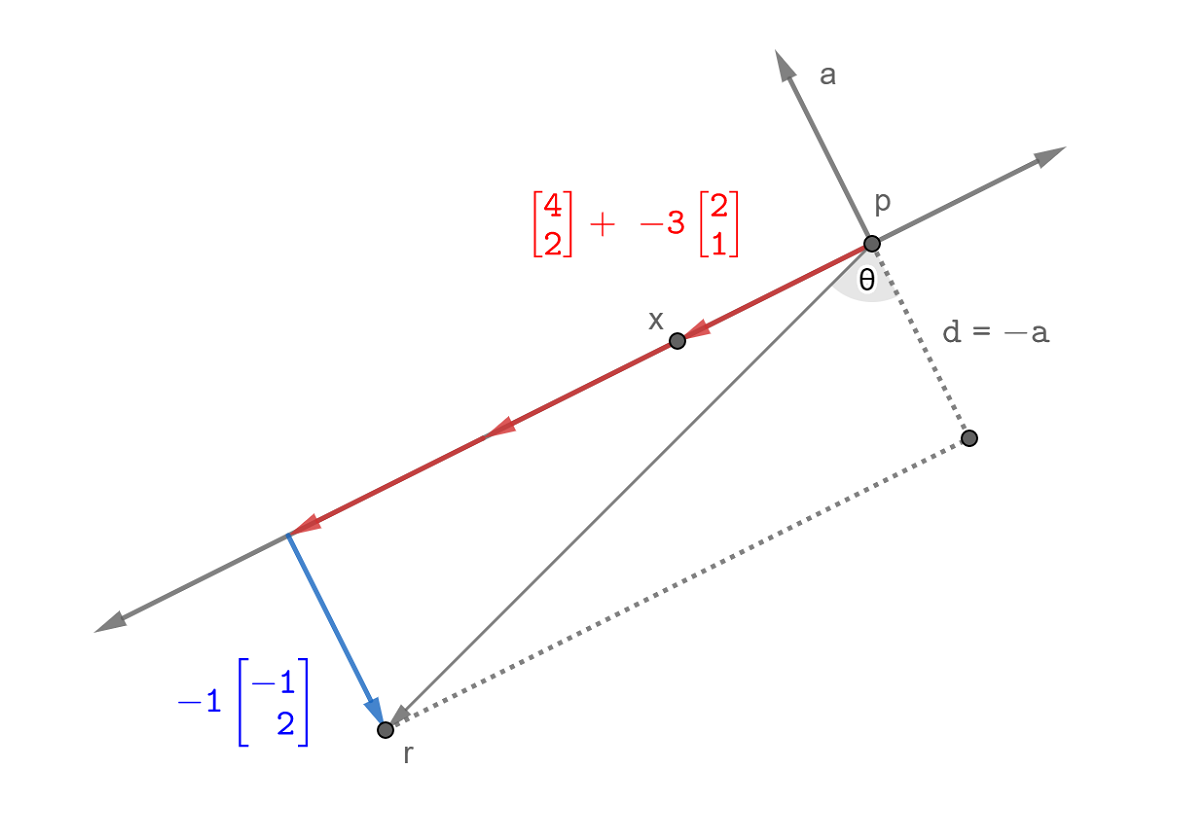 We also know, however, that we can use the cosine of the same angle in representing the distance, d: \[\mathtt{d=|r-p|\textrm{cos}(θ)}\]

We can forget about the negative in front of \(\mathtt{a}\). But you may want to play around with it to convince yourself of that. A nice feature of determining the distance this way is that the distance is signed. It is negative below the line and positive above it.