The result of this computation is not another vector, but just a number, a scalar quantity. And, given that the dot product of two perpendicular vectors is 0, it would be nice if the dot product were related to cosine in some way, since the cosine of 90° is also 0. So let’s take a look at some vector pairs and their dot products and think about any patterns we see. 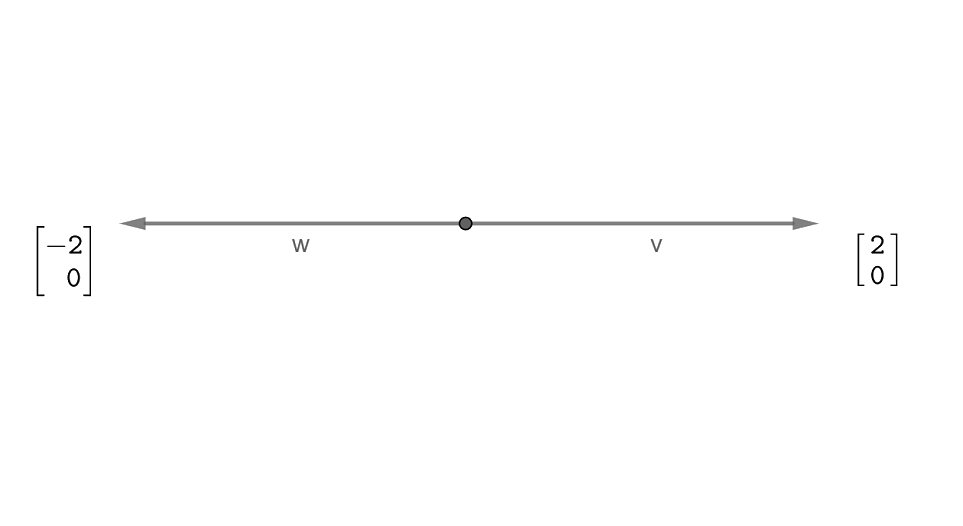 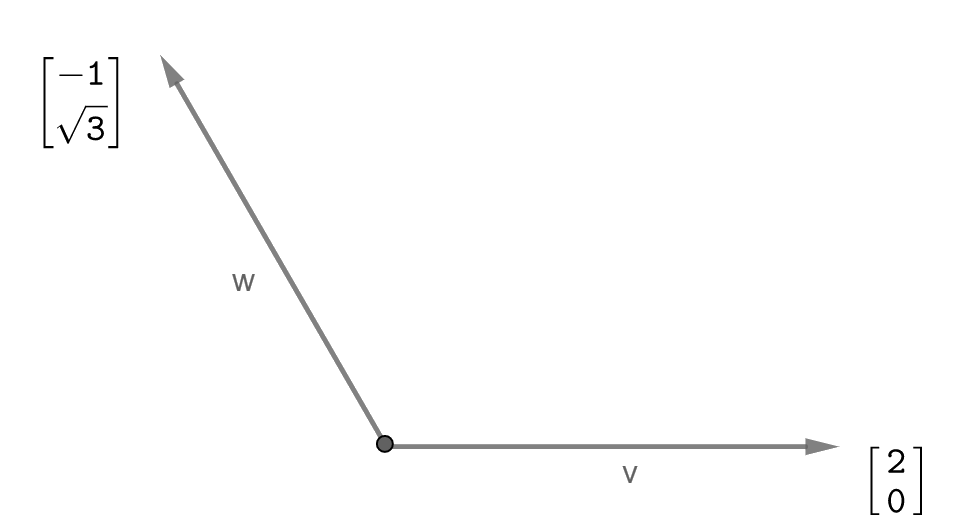 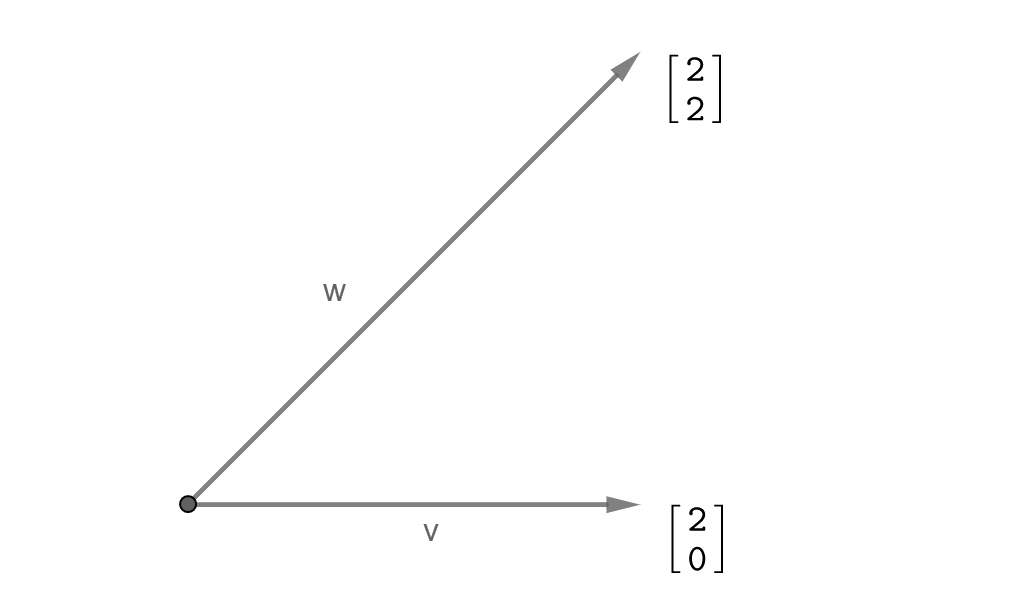 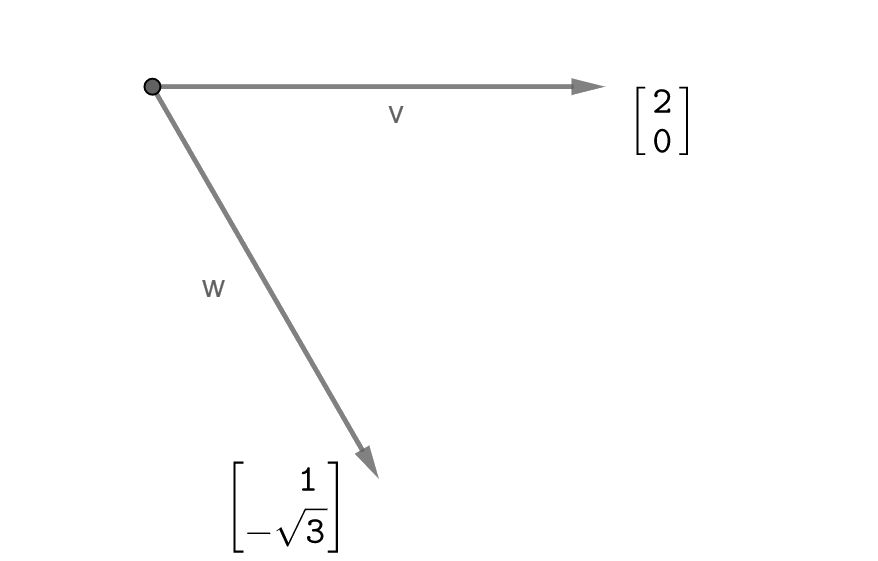 Well, so, the dot products have the same signs as the cosines. That’s a start. And in all but one case shown, we can divide the dot product by 4 to get the cosine. What makes the 45° case different?

The 4 that we divide by isn’t random. It’s the product of the lengths of the vectors. If we leave the 45° angled vectors alone, the product of their lengths is \(\mathtt{2\sqrt{8}}\). Dividing 4 by this product does indeed yield the correct cosine. So, we have an initial conjecture that the dot product of two vectors v and w relates to cosine like this: \[\mathtt{\frac{v \cdot w}{|v||w|} = cos(θ)}\]

Perpendicular vectors will still have a dot product of 0 with this formula, so that’s good. And we can scale the vectors however we want and the cosine should remain the same—as it should be—though it may take a little manipulation to see that that’s true. But we are still left with the puzzle of proving this conjecture, more or less, or at least demonstrating to our satisfaction that the result is general. 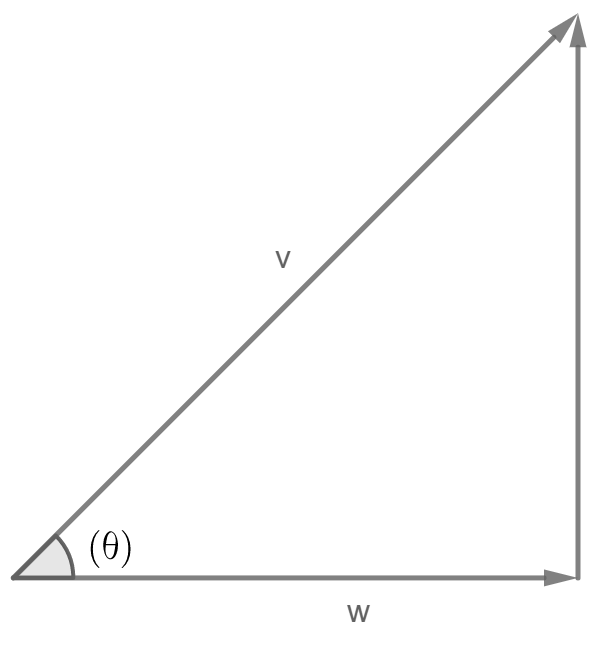 Although the derivation doesn’t go beyond the Pythagorean Theorem, really, it gets a little symbol heavy, so let’s start with something simpler. We can write the cosine of θ at the right as \[\mathtt{\textrm{cos}(θ)=\frac{|w|}{|v|}}\] If we think of w here as truly horizontal, its length is simply \(\mathtt{v_1}\), the length of the horizontal component of v. Combining this fact with the length of v, we can rewrite the cosine equation above as \[\mathtt{\textrm{cos}(θ)=\frac{v_1}{\sqrt{v_{1}^2+v_{2}^2}}}\]