and then do some substitutions to work out the y-intercept.

The linear algebra way uses vectors, of course. And all we need is a point and a vector to define a line. Or, really, two vectors, since the point can be described as a position vector and the slope is also a vector. 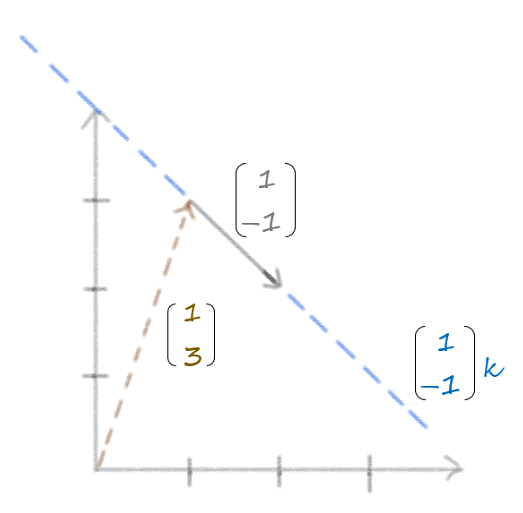 Let’s put this into the context of a (reworded) word problem: 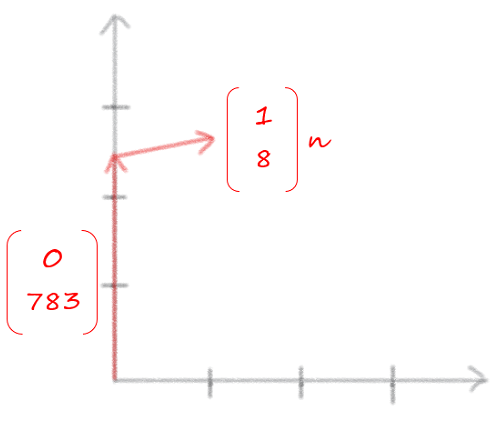 If you’d like to practice with some items related to this post, visit Linear Algebra Exercises I.