Here’s a very reasonable statement, from this book, on techniques used by researchers to investigate conceptual knowledge of arithmetic:

The most commonly used method is to present children with arithmetic problems that are most easily and quickly solved if children have knowledge of the underlying concepts, principles, or relations. For example, if children understand that addition and subtraction are inversely related operations, even when presented with a problem, such as 354297 + 8638298 – 8638298, they should be able to quickly and accurately solve the problem by stating the first number. This approach is typically called the inversion shortcut.

Although, this borders on the problematic (for me at least). Why should ‘underlying’ be a prerequisite for calling something conceptual knowledge as opposed to plain old knowledge? Even the straightforward addition and subtraction here presumably requires knowing what to do with the numbers and symbols presented in this (likely) novel problem and thus involves conceptual knowledge of some kind.

Still, it makes some sense to distinguish between knowing how to add and subtract numbers and knowing that adding and then subtracting (or subtracting, then adding) the same number is the same as adding zero (or doing nothing). But the following just a few paragraphs later doesn’t make much sense to me:

The use of novel problems is important. Novel problems mean that children must spontaneously generate a new problem solving procedure or transfer a known procedure from a conceptually similar but superficially different problem. In this way, there is no possibility that children are using the rote application of a previously learned procedure. Application of such a rotely learned procedure would mean that children are not required to understand the concepts or principles being assessed in order to solve the problem successfully. 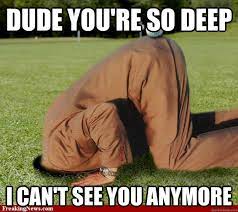 The biggest problem is that the concept of ‘conceptual knowledge’ of arithmetic laid out here relies on the fact that the “inversion shortcut” is not typically taught as a procedure. But it seems easily possible to train a group of students on the inversion shortcut and then sneak them into a research lab somewhere. After the experiment, the researcher would likely decide that all of the students had ‘conceptual knowledge’ of arithmetic, even though the subjects would be using the “rote application of a previously learned procedure”—something which contradicts the researcher’s own definition of ‘conceptual knowledge’. On a larger scale, instead of sneaking a group of trained kids into a lab, we could emphasize the concept of inversion in beginning arithmetic instruction in schools. If researchers were not ready for this, it would have the same contradictory effect as the smaller group of trained students. If the researchers were ready for it, then the inversion test would have to be thrown out, as they would be aware that inversion would be more or less learned and, thus (for some reason) not qualify as conceptual knowledge anymore.

Second, why should adding and subtracting the numbers from left to right count as an application of a rote procedure (which does not evidence conceptual knowledge) rather than as a transfer of a known procedure from a conceptually similar but superficially different problem (which does show evidence of conceptual knowledge)? The problem is novel and students would be transferring their knowledge of addition and subtraction procedures to a situation also involving addition and subtraction (conceptually similar) but with different numbers (superficially different).

Clearly I Don’t Get It

I still see the value of knowing the concept of inversion, as described above. A person who notices the numbers above and can solve the problem without calculating (by just stating the first number given) is, most other things being equal, at an advantage compared to someone who can do nothing else but start number crunching (it’s also possible to not notice the equal numbers because you’re tired, not because you lack some as-yet undefined ‘critical thinking’ skill). What constantly perplexes me is why people insist on making something like knowing the inversion shortcut so damned mysterious and awe-inspiring.

You can know how to number crunch. That’s good to know. You can also know how to notice equal numbers and that adding and then subtracting the same value is the same as adding 0. That’s another good thing to know. The latter is probably rarer, but that fact alone doesn’t make it a fundamentally different kind of knowledge than the former. It is almost certainly rarer in instruction than calculation directions, so it should be no surprise that students are weaker on it generally. Let’s work to make it not as rare. A good place to start would be to acknowledge that inversion is not some deep or critical knowledge; it’s just ordinary knowledge that some people don’t know or apply well.

The section in question concludes:

Other concepts, such as commutativity, that is if a + b = c then b + c = a, have been investigated, but as they have not received as much research attention it is more difficult to draw strong conclusions from them compared to the concepts of inversion and equivalence. Also, concepts, such as commutativity are usually explicitly taught to children so, unlike novel problems, such as inversion and equivalence problems, it is not clear whether children are applying their conceptual knowledge when solving these problems or applying a procedure that they were taught and the conceptual basis of which they may not understand.